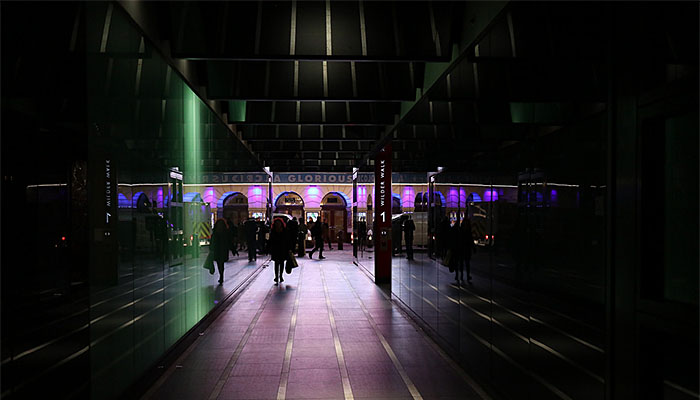 Christmas is nearly here and the year is close to its end. I am unsure whether what I have achieved this year, is precisely what I had set out to do. I have however succeeded admirably in failing to adhere to my new years resolution for 2017. I had planned to go the gym most weekdays. “Most” quickly evolved into “no” – and I have ended up merely going to the gym on weekends, just as I have done in previous years. So now begins the challenge of what resolutions to pick for 2018. I shall again attempt my weekday gym challenge. Whilst past performance is not necessarily an indicator of future performance, I somehow think in this case, it will be. As a quant, I am somehow forced to believe that there are certain historical patterns. If I fail my gym challenge, I will have at least confirmed that the basis of my job is sound – so essentially it is win-win situation!

Other than that, my other resolution is to read more. Time is always the adversary of reading. When I used to have a reasonable commute, the time in the train and bus was invaluable to chomp through books. Now, thankfully my commute is simply a stroll to work. The downside is that I can’t exactly read whilst I walk, unless I want to take a particularly blase view of my safety. Whereas I used to read a book every 2 weeks, now it’s more like a book a month. This isn’t bad, but is probably less than I’d like. Inspired by other book lists which I’ve read, such as from Twitter folks like @77cyko (list here from a few weeks ago) and @toby_n (his crowdsourced list from 2016), I’ve put together a list of a few of my favourite books I’ve read in recent years. I’ve also done it for the entirely selfish reason that I hope it will encourage me to read more next year! I’ve (largely) restricted myself to those which I’ve read over the past two years in an effort to keep it topical-ish. The books cover a broad array of subjects, with a healthy of dose which I hope will appeal to those in finance. I’ve avoided particularly quanty/technical books, which I’ll discuss in a future article. Some of the books have languished on my book case for years, till I finally picked them up, whilst others are brand new titles. Over half of these books were originally recommended by finance folks I follow on Twitter! A few, I’ve randomly spotted in a book shop. Others have been books I’ve searched out, simply because I’ve wanted to know more about a subject. I admit it’s not the longest book list ever, but hopefully, it’ll be long enough to at least give you a few ideas.

Stuff and Money in the French Revolution – Rebecca L. Sprang
I have read a lot of history books, and often their focus tend to be more political rather than economic matters (although this view is probably biased by my choice of history books). Sprang instead tells the story of the French Revolution through an economic viewpoint and more broadly an illustration of the role of money in a state. In particular, she discusses the introduction of assignats, a new currency which was created during the time of the French Revolution, and the role it played alongside other more established forms of currency, such as precious metals. It is a particularly timely book, given the current debate on cryptocurrencies and their role in society.

Greenback: The Almighty Dollar – Jason Goodwin
The idea of Sprang’s book appeals, I’d also recommend Greenback: The Almighty Dollar, describing the history of the dollar and also the other forms of money which existed in American such as wapum, a currency which was used by Native Americans. At the same time, it weaves the narrative with broader American history and tells of the introduction of banknotes, as well as how currency was issued during the American Civil War.

The Struggle to Save The Soviet Economy: Mikhail Gorbachev and the Collapse of the USSR – Chris Miller
The collapse of the Soviet Union is still well within living memory. The main question this book seeks to answer is what happened to cause the Soviet economic to collapse unexpectedly. It had managed to survives for decades and had managed to support certain projects, such as the space program. The book tells the story of the battle to enact reforms by Gorbachev, which ended up failing, because of entrenched interest groups. It also gives a comparison between the Chinese experience in liberalising economic policy, which by contrast succeeded in growing the economy and at the same time, kept the Chinese Communist Party in power.

Battle Cry for Freedom: Civil War Era – James M. McPherson
I’ve always found American history fascinating. However, I have to admit, that my knowledge of it has been patchy. Over the years, I’ve tried to read up to cover the gaps in my knowledge. In particular, I feel it is difficult to understand the current situation in the USA, without a historical context especially with the amount of misinformation both about he present and the past. McPherson’s book discusses the American Civil War, right from its origins, and the secession of the southern states, right into the military conflict. I found it an invaluable read of what happened, and how the conflict evolved in terms of its goals. I’ve also read Team of Rivals, which focuses much on the relationship between Lincoln and his cabinet during the Civil War, which I’d also recommend.

Five Germanys I Have Known: A History & Memoir – Fritz Stern
Fritz Stern’s discusses the history of Germany during his lifetime, through the lens of his own life, from his childhood in Germany in the 1920s, the rise of the Nazi party, the Second World War, the Cold War and then the period following unification. His own story is very much bound up with that of his birthplace, even after his emigration to the United States. It is full of interesting anecdotes, often of very well known individuals who Stern knew, such as Einstein. I learnt a great deal from the book, and it’s awakened my interest to reading more about German history. It also more broadly illustrates, why the continent of Europe, so often at war, gave birth to the European Union.

Fatal Purity: Robespierre and the French Revolution – Ruth Scurr
Sprang’s book above, spurred my interest in the French Revolution more broadly, which led me to read this book. It had lain on my bookcase for years. The French Revolution was a bloody period of history and at its heart was Robespierre, The Incorruptable. The book follows his life from before the revolution and its humble beginning. As you might expect the bulk of the book follows the revolution from its origins and initial stages, before its descent into the Reign of Terror, which eventually devoured Robespierre himself. One recommendation, probably not the best book to read before you doze off, unless you want nightmares!

The Only Street in Paris: Life on the Rue Des Martyrs – Elaine Sciolino
I enjoy walking. I’m not sure why. After all, it’s the slowest way to travel to your destination. However, it’s the best way to absorb the environment around you and to truly discover a street, rather than passing by in a car in a blur. Sciolino’s book draws upon that idea to focus on a very specific street in Paris, Rue Des Martyrs. She discusses it’s history and also it’s present day residents and community, from the shopkeepers to the cafe owners who operate there. Whilst the idea of community seems to be less strong in cities these days, Sciolino’s book illustrates that it can still be found if we look hard enough. Next time I go to Paris, the first place I’ll wander through, will be the Rue Des Martyrs.

The New York Nobody Knows: Walking 6,000 Miles in the City – William B. Helmreich
Given my love of exploring places on foot, this book really struck a chord with me. Of all the places, where our humble feet can take us wondering, New York is probably the best place. Helmreich has walked through all the boroughs of New York and told the story of his city, interviewing many people on the way and discussing the changes in the city over time. I would love to write something similar about London one day. (I read this in 2015, but liked it so much, that I still wanted to include it in this list!)

My Struggle (volumes 1-5 out of 6) – Karl Ove Knausgaard
Knaussgaard’s autobiographical series of books have been a best seller in his native Norway. The books have been translated into many languages including English. I have read the first 5 volumes of the series so far, often with gaps, whilst waiting for the next book in the series to be translated. The books focus on his family and friends and his relationships, living in both Norway and Sweden. He does not shy away from including very difficult periods of his own life, and also troubled relationships. Whilst, they can be quite a difficult read, given how open he is with his thoughts, there’s also something quite engaging about, which makes you want to read on.

In Search of Lost Time (volumes 1-6 out of 7) – Marcel Proust
I’m not exactly sure what possessed me to start reading In Search of Lost Time, which weighs in at over 3000 pages. I suspect possibly part of the reason is simply the challenge of actually finishing reading such a gargantuan piece of literature. After nearly 3 years, I’ve made it to the last and seventh version. The books run through the life of the narrator from his childhood to later in his life in France in during . The theme which recurs throughout the book is that of involuntary memory. What I find particularly illuminating (which others might find profoundly irritating and a reason never to even contemplate reading) is the way very little happens in certain sections. Despite this, Proust somehow manages to keep you interested, coaxed by the richness in his language, which provides vivid images of what he wants you to see.

All the ways I’m a nomad – Gizem Erdogan
I tend to read non-fiction books, and also occasionally novels. However, I rarely read poetry. This is one of the rare poetry volumes I’ve read recently. I heard about because I follow the author on Twitter. It is split into three parts, On me, On you and On people, each of which contains a number of short poems. I, in particular, enjoyed the imagery in the poems. Maybe I should have a new year’s resolution to read more poetry?