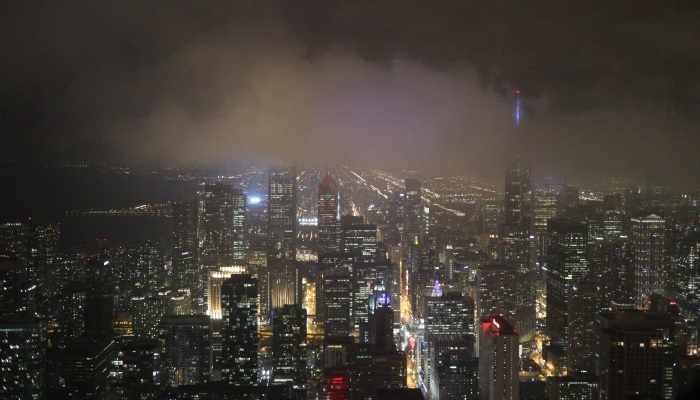 There are several stories explaining how Chicago has come to be known as the Windy City. The most obvious explanation is related to the ice cold winds blowing in from Lake Michigan. Another explanation is that it has something to do with the somewhat colourful political scene in Chicago in the 19th century. I recently visited Chicago primarily to attend the Global Derivatives USA conference. Whilst, many of the discussions centred around quant developments, whether it was option pricing or towards HFTs and machine learning, I moderated a more macro oriented discussion on the FX volatility environment. The panel had several participants viewing the market from different angles: from trading (Brent Donnelly, HSBC), macro strategy (Cameron Crise, Bloomberg News and Fred Goodwin, State Street) and also quant strategy (Luis Cota, SIG). In this article I’ve sought to summarise the discussion and also added a few further thoughts.
A key part of the discussion began with a question on what precisely was going to drive FX vol higher. We’ve lived through an exceptionally low period in FX vol over the past few years, helped by quantitative easing and also the use of forward guidance by central banks. Brent made the point that, yes, FX volatility appeared to be low at present. However, this has also been accompanied by fragility in the market, with a growth in the “tails” (see Brent’s longer article on this topic here). Indeed, the most obvious example of this, was the unexpected removal in the SNB floor. When machines offering liquidity step away from the market, when they detect bursts in the market, can cause more fragility and the appearance of liquidity black holes, a point echoed by Luis. One analogy for the way market volatility has been suppressed, is thinking about a compressed spring, which for the most part is stable, but periodically springs back. We have also seen the volatility environment punctuated by unexpected (but scheduled) outcomes in Brexit and the US election of Trump, causing pops in volatility, which quickly disappear.
Cameron noted that potentially one thing that could drive vol higher was the monetary policy divergence. We are no longer in a situation where central banks are universally easing: the Fed has hiked, whilst elsewhere central banks are not in hiking mode. One interesting point that was raised on the panel (and echoing an earlier panel on cross asset vol) was the potential impact of rising inflation. With rising inflation, it is more difficult for central banks to keep policy loose.
In such a scenario, dovish forward guidance, which has kept a lid on markets, would no longer have as much impact. Fed asset purchases are also rolling off (ie. tapering), including MBS, a point made by Fred. The flipside of this obviously is that inflation is still pretty low. Yes, certain places have seen inflation, like the UK, although the larger the move in GBP pushing up the cost of imports has likely been a bigger driver. One audience question related to how much precisely central banks could “buy” when it came to QE in theory. In Japan, QE has extended towards buying equities and not simply fixed income instruments.
There were mixed feelings on the panel on whether now, was the right time to actually put on long vol positions in FX. The difficulty with long vol exposure, no matter the asset class is of course, paying away decay, till the “big move”. More broadly, we need to think about the type of vol we want as well. There is also the question of how we think vol will manifest itself, more as large directional moves or in realised volatility, without such directional moves.

← Do I feel lucky (trading)?
Crowdsourcing alpha (with consultants?) →