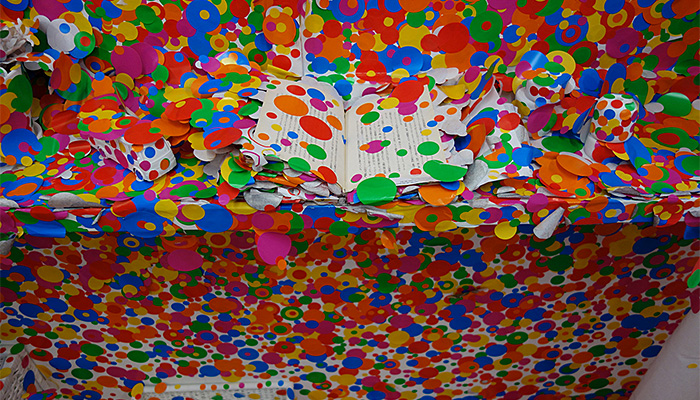 I must preface what I’m about to write, by stressing I know very little about art. I like photography, but in terms of “creating” art, I haven’t strayed beyond that. I might just about be able to pick out a Picasso, recognise a Rembrandt or memorise a Mondrian, but that’s about it. However, what little I do about art, is that the final artwork is an amalgamation of many small steps. Pencil and paintbrush, moving back and forth thousands of times, over hours, days and months, render an idea to reality, for our eyes to see. On their own, each of these steps must seem insignificant, drops in a ocean of labour, yet together, somehow together they create a memory for the viewer. Art is driven by creativity. However, art does not have a monopoly on creativity. Mathematics is just as much a field where creativity is key. Let us say you seek to proof a certain mathematical statement. Through many small steps you can construct a proof (or indeed a counterexample). It is not always obvious which steps you should take. I remember during university sitting for hours thinking (and struggling) to find the ways to solve certain problems in abstract algebra and many other fields of mathematics. Often, it would be the case, that suddenly the penny would drop and I would find a way forward.

Researching a trading strategy can have parallels with both mathematics and art (and in the details, the mathematical element becomes more obvious). There needs to be an element of creativity to think of the initial hypothesis for a trading strategy. Sometimes in the case of more beta style strategies the hypothesis can be relatively easy to think of, and can very often already be in the literature. In the case, of more alpha style strategies, trying to find ideas to test can be somewhat more challenging. You need to blend your experience of observing the market, with some creative observations, that others are less likely to have spotted. Then the next challenge you face is expressing the details which render the idea into a profitable strategy. Obviously there can be some instances, where for a number of reasons a hypothesis is not validated by our backtest, and we might need to rethink our original hypothesis. When building a trading strategy, our creativity is bounded by many factors including:

In practice, some of these questions will need some detailed backtesting work to answer. However, some of them such as regarding our hypothesis, are more questions which we need to think about, away from a computer and often require discussion within a team. The last question of data is also a crucial one. Historically, the types of data which have been available have been mostly pricing data and also economic data. This to some extent has limited the process of creativity when it has come to building trading strategies. In a sense, it was like a monochrome painting. Now, however, we have so many different forms of alternative data, we can paint in “colour”. The caveat is of course, that this doesn’t necessary make our “art” better! We need to give even more thought to the application of colour. After all, in photography, it’s not always the case that colour brings something to an image. An image in black and white focuses the viewer’s attention to the contrast in a picture, more than perhaps a colour image would do.

There are many alternative datasets available at present. Some of them can be created for specific purposes. Alternative datasets can also be produced from “exhaust data”. Many companies need to collect masses of data for their everyday business, for example retailers need to know which products are selling to restock them. This dataset can be monetised in other ways, by packaging it up in an alternative dataset which others can use (for example for trading purposes). One of the most common alternative datasets is that of news data. I’ve done a lot of research in this area, doing projects for major news data vendors, including RavenPack. I’ve also created my own indices, for more specialised purposes, such as for measuring the sentiment of Fed statements. There are also many other numerous alternative datasets, ranging from satellite photography, that can be used to monitor crop yields or consumer activity (eg. counting cars in a retailer’s car park). Datasets associated with mobile phones are also available.

We have seen that a lot of alternative data is available at present (and the above examples are just the tip of iceberg) and it will only grow in the future. They can massively broaden out the types of hypotheses used in trading strategies. After all, we now have the means to measure so much more of the global economy with these alternative datasets, in more up to date and precise way. However, using alternative data in trading needs just as much care as traditional datasets (or perhaps even more so). Given you have more datasets and more parameters the chances of data mining increase, something you have to be wary of whenever developing a trading strategy. Experience can be used to judge that very vague cut off point of precisely how much data mining we can use, before a strategy becomes overfitted. You can give me one paintbrush and I won’t become Picasso. Give me a thousand paintbrushes and I won’t be any closer to painting like Picasso! Alternative data can be a very powerful tool, but thought needs to be applied when using it for profitable trading.