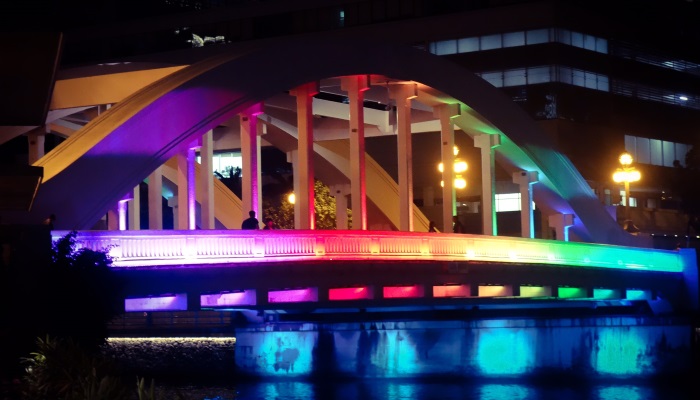 Over the past few days, I’ve been in Singapore primarily to speak at TradeTech FX Asia on using Python to replace Excel when analysing FX markets. During the conference, some subjects came up regularly, such as the impact of politics on Asian markets, notably the election of Trump and also Brexit. Whilst, we might have all manner of electronic communications, being on the ground here in Asia, has definitely given me a different perspective about the Asian market in general. A couple of days in Asia hardly makes me an expert on the region (!), however, conversations I’ve had with market participants have been beneficial to understand the various differences (and commonalities) between the various markets and economies.

One of the most interesting talks during the conference, was given by Francis Tan an economist who covers Asian economies at United Overseas Bank, which was entitled “Rising trade protectionism and political isolation – What are the implications of these drivers on the Asian investment industry?”. In particular, it was interesting to hear from him about all the various companies in China which are growing, that provide products and services further up the value chain, which I have to admit I was not familiar with, such as MI (I assume those covering Asian market have heard of them!).

Tan also showed one of the most common charts that I’ve seen in the recent past, which showed the trade deficit of the United States broken down by country. As you might expect, the chart shows that the United States has the largest trade deficit with China. However, Tan suggested that looking at the trade deficit in such a way, was not the whole story. He illustrated this by taking the example of an iPhone. An iPhone might be assembled in China, but many of the components such as semi-conductors are imported from other Asian countries like South Korea and Taiwan. Tan made the point that the actual assembly process was a relatively small component of the value of an iPhone.

Fortune: Here’s How Much the iPhone 7 Cost to Manufacture (26 Sep 2016) details the breakdown of the cost of an iPhone, using data from a study by IHS Markit. It quotes that an iPhone 7 costs around 649 USD. The components are estimated to be around 220 USD and the actual cost of assembly is around 5 USD. This leaves a margin for Apple of over 400 USD (this obviously excludes any R&D costs though). Tan’s point by bringing up the example of the iPhone, is that whilst it might be exported from China, given a lot of the components are actually imported into China, the trade deficit number of US with China was higher than we might otherwise expect, and conversely the trade deficit of the US with countries such as Taiwan and South Korea was smaller.

Whilst, I don’t know the precise way how the number for the United States trade balance is calculated and whether it attempts to adjust for these effects, the whole discussion did get me thinking about the nature of economic data. Essentially, can a headline economic number in isolation be telling us less than we think? Take any sort of economic data, let’s say the US employment report. The numbers the market will focus on in the immediate aftermath are the US change in nonfarm payrolls and also the unemployment rate. There are numerous other numbers in the report, like average hours worked, the participation rate etc, which get mentioned a lot less often. Of course, it takes time to number crunch and analyse data, but on the plus side, there are many more tools available today to do this. Furthermore, it’s not just “systematic” traders who are doing this. I’ve also noticed an increase in interest from discretionary macro traders to use quant techniques to analyse markets.

So next time, you see an economic data report, the headline number might be the one that moves markets in that instant, but maybe, just maybe doing a bit of quant analysis around the data could tell you a bit more, when trading over longer time horizons. If you are interested in hearing what Cuemacro can do to help to make you understand macro markets from a quant perspective, let me know!