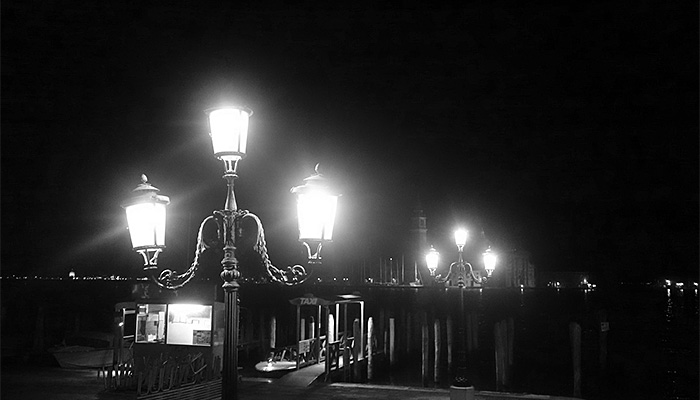 There are many places for which our minds have already constructed a detailed image. In most cases, that image is hopelessly inaccurate, a mishmash of everything we have heard about a place. Some carefully dissected patchwork, sewed by sources as diverse as friends, films and Facebook. It is never quite the same as visiting a place yourself. One person’s Shangri-La, is another’s “avoid visiting again”. Venice perhaps disproves everything I have just said. Somehow, it is precisely as you imagine, from the brushstrokes of Canaletto, the deliciousness of Italian food, the words Marco Polo (and yes, my mind is so engrossed in the world of currencies, that I mistyped Marco, as macro at least 3 times, before finally getting it right). Take away, those places where electric lights shine their shimmering glow upon this great city and you are left with the vivid darkness of Venice’s canals at dusk, illuminated by centuries of trading. Yes, times have changed, and it is now the sound of tourists steps, as opposed to traders which tap along the Venice’s streets, but it is Venice’s past, which seems closer than its present. This was the place which showed the world how to trade.

It was perhaps in fitting that it was in this setting that I visited Venice at the beginning of March to do a presentation about trading currencies at Quant.it. In times past, as a trading centre, many currencies circulated in Venice, and it became a hub for currency trading in Medieval Europe, to help facilitate what you might term “real trade” in spices, silk and other goods. The ‘Buying and Selling of Money for Time’: Foreign Exchange and Interest Rates in Medieval Europe, Bell, Brooks and Moore (ICMA Centre – 2015) discusses the interplay between exchange rates and interest rates in Medieval Europe and shows that FX transactions could be relatively sophisticated and even included what we might term today as the concept of carry. That’s the exciting thing about FX is not some newfangled concept, which has been conjured at the behest of financial engineers and speculators, it has been with us for a long time. Yes, the FX market might go through ebbs and flows, face challenges, such as several years ago, when volatility was very low, that very little appeared to happen and also the impact of scandals. The lack of market volatility is hardly a concern today, given the recent impact of events such as Brexit and the US election. The key point though is that FX is not going to disappear anytime soon, even if it faces new challenges, such as liquidity, given that banks are less able to warehouse risk.

Speculation is an important part of the FX market today (and was also a feature of the market during Medieval times). However, the fact remains that FX is a necessary byproduct of so many other transactions that occur, which are not purely to do with FX speculation. Take a corporate who manufactures a lot of its electronics in China and other countries in Asia, is based in the United States and sells its products worldwide. This type of corporate requires a myriad of currency transactions. Sell a product in Europe, and you’ll receive numerous currencies EUR, GBP, CHF etc. What should a corporate do with this foreign currency? How should it hedge the risk of converting it to USD? By doing no hedging whatsoever, a corporate is taking a risk, even if it might feel that doing nothing (ie. not executing any sort of hedging trade) is “less risky”. For speculators, having “real flows” in a market, is an opportunity. Model those flows and understand how they are composed, and a speculator can help to forecast FX.

The FX market has been through tough times, but it is still the most liquid market. On the subject of FX, if you are based in Singapore, I’ll be speaking at TradeTech FX Asia this week (22-23 March), giving a presentation on using Python to help better understand FX markets. I’ll also be moderating a panel discussing Asian FX markets, which will touch on some of themes discussed here, in particular on the impact of political events on the market. Just as FX was important for trade in Venice, it is important today and will continue to be a integral part of facilitating “real trade”!