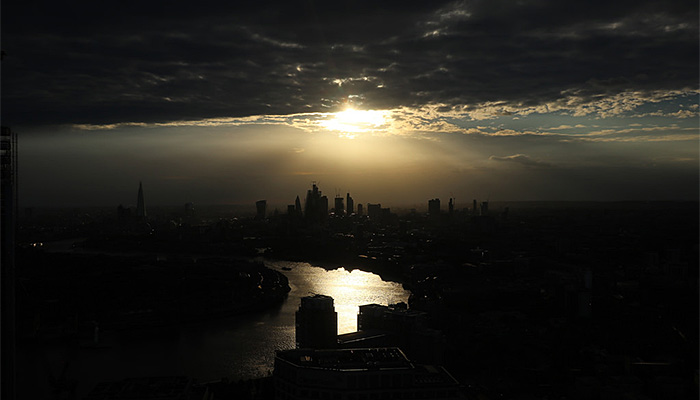 This week it’s been 5 years since I became independent. Up until that point I had worked in banking in several firms, including Morgan Stanley, Lehman Brothers and finally Nomura. The past 5 years have gone very quickly. As I wrote on my Twitter status, it’s been a fun, frustrating, but ultimately fruitful 5 years! After banking, I spent time at the Thalesians, which I co-founded and I still help with organising some of events there. Over the past 2 years, my main full time focus has been on a new startup, Cuemacro. Throughout the past few years, I’ve written about my experiences working as an independent. I felt this would a good time to write a bit more about this, to summarise what has gone right and indeed what has gone wrong (quite a bit more than I expected). At the same time, I wanted to ask how has the world of research in banking has changed in the past few years.

Some things are very similar, but not everything is the same

Yes, working in a startup is very different from working in a bank. However, rather than attempting to do something completely different, I’m still focused on FX, just like I was at Nomura. Part of the reason I decided to do this, was because I wanted to take advantage of my existing experience. The main reason though, was because I still very much enjoy working FX. It’s a very dynamic asset class, is very liquid and an ideal way to express macro views.

Primarily, I focus on developing systematic trading strategies for FX and analytics such as FX transaction cost analysis in Python. At the moment, I’m developing an intraday trading strategy for FX and also working on a Python based library for doing transaction cost analysis in FX (drop me a message if you’re interested in sponsoring my Python TCA library). The difference, however, is that there is more flexibility in what I can research and there’s more opportunity to do longer term projects. For example, over the past few years, I’ve also started to look at alternative data, in particular news, working with companies such as Bloomberg (my research paper for Bloomberg is available here). In banking, my research work tended to be focused on shorter term projects. By their nature, large datasets can be challenging if you can’t dedicate sufficient time, making it difficult to investigate them when you have short term priorities.

Also having a longer term outlook has now enabled me to build more tech infrastructure, which has in the long run been a great time saver. It’s also given me time to explore new technologies and learn them, such as Python. For example, I’ve developed an open source library finmarketpy (on GitHub), which enables me to develop trading strategies relatively quickly. I’ve also worked on findatapy to make it easier for me to access market data and chartpy to simplify visualisation.

More freedom in decision making: but use it wisely

In a large corporate, you get to make decisions. However, very often the types of decisions need to be made in groups (obviously, depending on your seniority). In a large corporate, for example, trying to open source your work is (for obvious reasons), more challenging. It requires significant buy in from management before even contemplating it. In a startup, by contrast, there are very few restrictions. This doesn’t mean, for example, you open source every single line of code. There are still things I want to keep proprietary, particularly when it comes to specific trading algorithms we develop. The key though is identifying that line, between what can be open sourced (and hence improved, by getting ideas from the community) and what should be kept closed. This is just one example, but there are many others which I can think of.

As I mentioned, a startup gives you the freedom to make decisions. It also gives you the freedom to make the wrong decisions. It has been pretty much inevitable throughout the past 5 years that I’ve made some wrong decisions, and certain business ideas were not as successful as I’d have hoped. Just as a trader needs to cut their losses, and get out of a trade, the same is true of business. In a startup, where there’s a fine line between success and failure, this is even more important. What makes it more challenging, is that effectively, business decisions are like long term trades, so it takes time to identify you’ve a reached a stop loss. Of course, learning from mistakes is even more important, so hopefully they aren’t repeated. On the flip side, when I’ve made the right decisions, I’ve sought to maximise the positive impact – in particular my decision to start using Python. I still have a huge way to go though.

Research in banks has changed along the way

Over the past 5 years, banking has changed significantly. Research, my area, has been impacted by MiFID II and unbundling. Has it helped fintech startups like Cuemacro? Perhaps, but I feel it is too early to say. It has increased the incentive for the buy side to be more selective of the research they receive. It also means that the buy side might think about other ways of spending their research budget (whether that is internal or external independent vendors). It certainly has had an impact on research desks in banks, many of which have downscaled. It has also impacted the type of research put out by banks. Research can comprise of many things, including data, algorithm and code, as well as research papers, which have been the traditional output of sell side research desks. It can also be bespoke.

Would I make the same decision again?

Yes, I would definitely make the same decision again. Working in a startup isn’t for everyone, but I’ve enjoyed it. Of course, there could have been things I could have done better and avoided some (in retrospect) poor decisions. Maybe I would benefited from additional experience on the buy or sell side, before making my move to independence? However, it is pointless trying to turn the clock back, instead I try to look forward and am hoping I can make the next 5 years work.