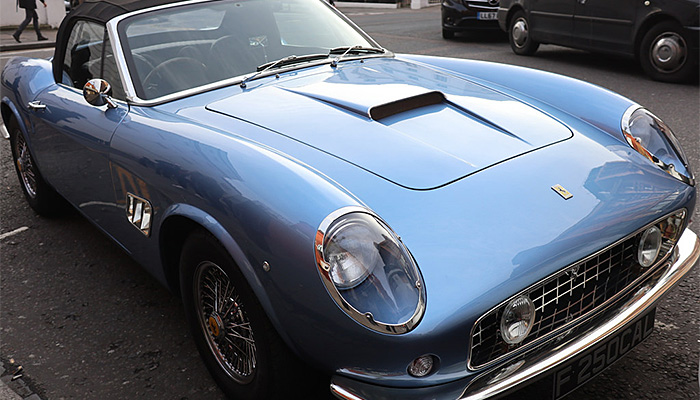 In the past, in the UK, if you wanted a burger, well, you went to McDonalds. Perhaps there was the odd Burger King or Wimpy too. Burger-wise they were simpler times. Today, there’s been a total change in the regime, when it comes to burgers. Do you want a “fast food” burger, like McDonald’s, a hipster style burger joint like MeatLiquor or a burger at one of the numerous steak houses that have popped up in London, such as Goodman’s or Hawksmoor? It’s no longer a choice of whether you want a burger, it’s also which type of burger.

Sometimes I look back at my career, and there were also simpler times in currency markets, just as it was with burgers. The story went a bit like this: 2005, buy carry, 2006, buy carry (well except when Turkey and EM blew up that May, but that’s for another article), 2007, buy carry* (*till it all kicked off, sub-prime style), 2008, just don’t ask… Then jumping to 2009, buy carry. I’m not trying to suggest that you should always be long carry, and indeed in recent years it has been a far more mixed strategy. However, during the pre-crisis regime, it was however a profitable trade. Regime change doesn’t strike fear in every dictator’s heart, it is also the bane of anyone trying to trade the market. Approaches that work in one regime, can suddenly become totally loss making in another regime. A notable example of this is the transmission between rate differentials and the developed FX market. Over the past few months despite the move higher in UST yields, the USD ended up weakening, which is pretty unusual historically. Any sort of models which rely upon rate differentials, have struggled in FX recently.

So what can we do if we model markets (or are a discretionary trader) facing changing market regimes? We should note that it’s perhaps unrealistic to think that a single factor will always dominate markets. They come into and out of fashion. Markets tend to be fickle and often the narrative de jour (and hence the overriding factor) which moves markets can change. Thus new factors can appear which trigger market moves. If anything the trick is to continually come up with new factors to improve our model of the market. By modelling a large number of factors, “hopefully” we can better forecast the market too. What can be particularly tricky is understanding whether a factor is temporarily out-of-sync or whether it’s broken full stop.

Not only will markets change, so will the way you view markets. Indeed, the way I view markets today is quite different from 2005. What I use to model markets has evolved. Some factors I have used for markets today, basically didn’t exist in 2005. This is particularly true of unusual datasets like news. I would note, that it’s not about dispensing with what you might refer to as beta factors (which in FX we could proxy by trend, carry and value), but to try to augment and build upon them with new factors. It can also be the case, that there were factors which for whatever reason you haven’t thought about before, or couldn’t get to work previously. This has happened to me numerous times. With the factors you do have, you can also consider regime based weighting. The risk though is that if you do this poorly, mistiming these weights changes can make matters worse. One typical example is a risk on/risk off style filter for models, and perhaps to even try to use machine learning to identify different regimes, if you have enough data. Time it badly and you can end up getting “false positives” which bleed P&L. Market structure and liquidity has also changed over time, which can change the types of strategies you can trade in markets. As markets become more developed and electronic, it becomes easier to run higher frequency strategies.

← What time frequency to trade?
Historical context and markets →