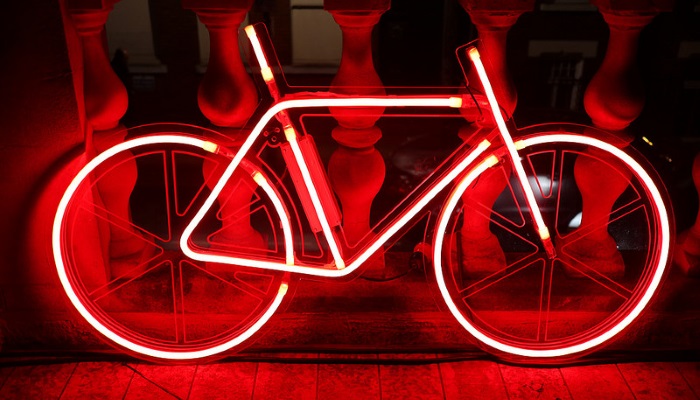 When I’m hungry, I tend to think of burgers. I should add, that this doesn’t imply that I eat a burger every time I’m hungry (even I recognise that would be a suboptimal solution health-wise!). Similarly, in markets, when there’s a move, particular a large one, market participants want to find a reason. Sometimes there is no particular reason that you can nail. This week saw one of the largest sell-offs in equities. Much has been written about trying to understand what’s gone on whether in the press or social media. I’m going to try to summarise what’s been the general narrative around this event in the press and from analysts, as well as a few of my own thoughts. Ok, as a quant we should always try to stick with what our models say, but I still think it’s a useful exercise to do!

Something to do with quant vol targeting strategies? I don’t really agree

In recent years, whenever there’s been a sell-off, it’s partially been blamed on vol-targeting quant strategies, which include risk parity funds and CTA (which tend to be trend followers). Let’s a take a risk parity fund, typically they will invest in a mixture of bonds and equities. They will scale their exposure in order to hit a predefined vol target. Let’s say for sake of argument their vol target is 10%, and bonds have a vol of 5% and equities have a vol of 15%. It will mean that they will leverage up their bond exposure and reduce their equity exposure in order to hit the target. There will often also be a vol target on the final combined portfolio too. The argument that has been going around, is that given vol has exploded over sell-off, this means that vol-targeting strategies will have to cut their exposure, and it becomes a bit of a loop. The trend following strategies which are employed by CTAs are by their nature obviously followers of price action. The difficulty with this argument is that CTA funds, are still comparatively small versus the rest of the market.

The same is also true of risk parity funds. It’s also important to note that traders across the street (discretionary or systematic), will have VaR limits. If vol explodes they will be told by their risk departments to cut risk. So yes, there might be some impacting from vol targeting strategies, but this is likely to be only a small part of risk limit cuts across the stress. There’s also obviously the issue of margin calls. If you need to stump up for margin in a specific asset, you may need to liquidate other parts of your portfolio to come up with cash, and this explains why correlation jump during risk events.

As Louis XIV descendants (Louis XVI in particular) eventually found out, there is a price to pay for lots of free lunches. The XIV ETF has been a popular way to short vol (where XIV is the reverse of the acronym VIX). It is basically an ETF on VIX futures, which are themselves related to the actual spot VIX index. I have to admit, I was tempted to buy it too, in retrospect, it was more luck than skill I wasn’t invested (probably it was a sign when my broker said they couldn’t open any further long positions in XIV!). XIV became a popular amongst the retail community. Short vol trades are like picking up a penny in front a steam roller and the price to pay for stable income, are large drawdowns during a risk blowup. In a sense, one way to view short vol, as being like a highly leveraged long equities play (ok, I realise it’s not precisely the same). So even if you don’t trade it on margin, it will behave like it. In the case of XIV, it went to zero, when VIX spiked this week. I don’t claim to understand precisely why the drawdown was so severe (I haven’t yet the plethora of articles on XIV yet). However, it does illustrate more broadly that complicated products can behave in unusual ways, even if the ETF wrapper makes it look like a stock.

It’s been somewhat orderly (outside of equities), and the USD

Equities have clearly been impacted, as have associated markets (notably the VIX), however, it has not spread to all markets. Several days ago, @macrokurd on Twitter noted that despite all the commotion the USD has not moved much. In a risk off scenario, you’d expect USD to strengthen on a safe haven effect generally (although USD/JPY tends to fall during risk off). Whilst, the USD has strengthened since then, it hasn’t moved as much I would have expected against the likes of EUR, GBP and AUD etc, where you’d expect. This is despite the fact that speculative positioning in EUR/USD is heavily long (at least according to CFTC data). Also USD/JPY exposure is also long, using CFTC data. USD/JPY seems to be caught between higher Treasury yields and risk off at present. FX doesn’t seem to be embracing risk off, like the equities market.

The general market narrative before the equity sell-off was that the USD would have trouble strengthening, unless the Fed begins accelerating how quickly it hikes. The Fed hiking cycle is getting (closer) to completion. After the better NFP data last Friday, much has been written about this being a trigger for higher yields, which in turn caused equities to sell off.  You could argue that the trigger was a case of buy the rumour, sell the fact on the US tax cut? Would be interesting to hear your thoughts on this?

However, yields have risen for a while, and equities have managed to shake it off. This comes against ECB, which is looking to begin tapering. If we recall much of the USD strength we saw in 2014, was actually in the tapering phase, before the Fed started hiking. We could argue that if the USD can’t strengthen a lot during a risk event like this, the USD weakness narrative still holds. Another factor, which came up in discussions on Twitter, is that with the Fed hikes, the USD is no longer your go to funding currency. This could explain why USD has not strengthened that much over this period?

Cryptocurrencies and the equity sell-off: safe-haven??!

The sell-off in equities has been quite severe by the standards of recent years. In particular, it is likely the largest equity sell-off that many traders will have seen during their career (given that many will have started over 2008). I think the key factor to watch for is if begins to spread meaningfully to other asset classes in a meaningful way (eg. USD/JPY quickly falling to 105 etc.). So far this hasn’t happened, which suggests we shall find a bottom soon.