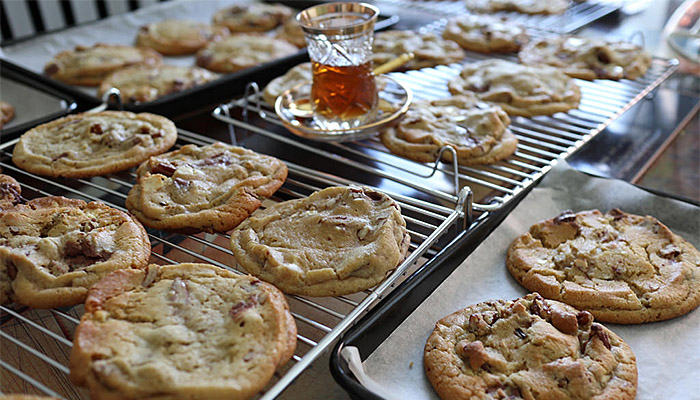 “Wake up and smell the coffee” so the cliche says. When I quit my job in a bank, nearly four years ago, one of my first decisions I had to make was where I would work on a startup idea. Initially I had thought of working at home on it. Yet, somehow, moving from the trading floor to a quiet home office seemed too much of a leap. Instead, I thought I’d start using Starbucks as an office, where I literally woke up and smelt the coffee. It was only meant to be a temporary home. In the end, the whole experience ended up lasting over a year. My local Starbucks happened to be the closest branch to Lehman Brothers’s former London office, where I had my first job. It was in a weird sort of way, like coming back home. I also regularly visited other Starbucks across and London, and during my travels across the world. I eventually moved out to Level39, a great fintech accelerator in Canary Wharf, where I’m still based. However, when I travel, I do confess, that even now, Starbucks remains a good choice as a roving office.

Recently, I’ve been reading some articles by Chris Arnade, who traveled across America to visit McDonald’s in order to understand its society. Somewhat, inspired by his articles (even if I don’t agree with them all), I felt, why don’t I write about my time in Starbucks? In particular, what did I learn from being in Starbucks? The first thing I quickly learnt, was that I was not the only entrepreneur who had the bright idea of using Starbucks as an office for a startup. However, not everyone is in Starbucks to work on their laptops on some business idea. Some might be hunched over their computer screens, watching YouTube. There are families, who come and go throughout the day. Just before work, people pop in, for their morning fix of coffee to perk them up for the day ahead. I marveled at how quickly the baristas could serve so many customers at such busy times. In the afternoon, there’s more of a lull and it becomes noticeably less busy. I must confess I even got some business ideas, which I’m looking to act upon, which I got sitting in Starbucks.

Over time you build up a picture of where the best Starbucks is for working on your laptop. Many questions pop up. Which chairs are closest to the electricity plugs? Is the wifi good here? Are the chairs comfortable? If you’re only there for 30 minutes these are all irrelevant questions. Yet, spending hours there working on a laptop, they become crucial. Indeed, no electricity means no work after a while, unless you happen to have a truly mammoth battery. Bad chairs are painful after a while.

As mentioned, I met all sorts of people at Starbucks, who were working on their startups. Did all of them succeed? I’ve got no idea, but at the very least they tried! Some would come in the evening to work on side projects, which they hoped would become a full time endeavor. I met folks developing trading strategies. There were students, studying for exams and finishing up coursework. I met a handbag designer. Another regular in my branch had a large sports website. Indeed, one of the folks who was working at Starbucks on his startup idea coincidentally ended up moving to Level39 as well. His company, Revolut, is probably one of the most well known startups in the Level39 accelerator. Revolut provides FX transfers for retail customers (I’d recommend the product too, if you’re planning on travelling anywhere soon and want to avoid exorbitant FX fees from high street banks). However, after a while, I felt it was time to move on to a proper office. The novelty had worn off and frankly, I had begun to miss a proper office setup, with a big screen and a bit of piece and quiet (a Starbucks ended up being a bit hectic even for someone used to a trading floor). Coding on a laptop is not quite as comfortable as on a large screen. After a while, the persistent smell of coffee begins to grate too.

My time at Starbucks was fun, and I very much recommend it as a good starting point for an office, if you’re developing a startup. Just don’t let it last for too long before you move to proper office, like I did. If you want to find what people are dreaming about for their future, Starbucks might be a good place to start to see the startup nation!

The cookies above are not from Starbucks.. by the way! They are ones I made!

← How to come up with quant trading ideas?
Mistakes when backtesting trading strategies →