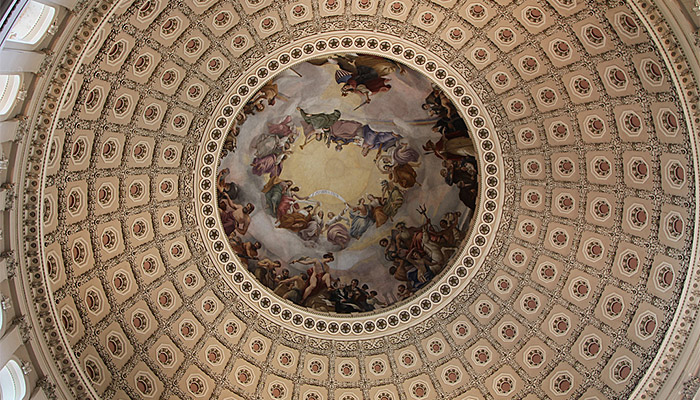 The concept of long term fair value in FX is a somewhat difficult concept (indeed, you could extend the same comment to pretty much any other asset class), as we can define it many different ways. Perhaps we are thinking about what the long term fair value of a currency using some model, or perhaps, a discretionary trader might have thoughts on the long term fair value. If we think about FX volatility, one way we might wish to define fair value, is trying to understand this in the context of whether purchasing an FX option offers value for money. We can try to understand this on a historical basis, by doing a large amount of number crunching, looking at whether historically buying an FX options, which is a very simple on average resulted in a positive or negative payoff. Does it vary depending upon what type of strike we look at (for example ATM, out-of-the money strikes etc)? Does it vary between currency pairs? Are there any consistent patterns? Obviously, we should note that doing such research will enable us to understand the picture in the long term historically (as opposed to telling us whether or not FX vol on any given day in is necessarily expensive or cheap!)

If we think about all the combinations of strikes, currency pairs etc, it is a serious amount of number crunching! Thankfully, Jessica James, Jonathan Fullwood and Peter Billington have written a book FX Option Performance: An Analysis of the Value Delivered by FX Options Since the Start of the Market (Wiley), which attempts to answer this question historically (there’s also an edition which has the dataset accompanying the book to drill down into the results more easily) and I very much recommend getting a copy of the book! The book gives the results of many historical backtests looking at the average P&L of an array of different vanilla option types, straddles, calls and puts, as well as across G10 and EMFX, across a range of tenors and strikes. The P&L is essentially the difference between the price of the option at inception compared with the final payoff. Whilst, I won’t seek to go through every result from the book, there are certain patterns which are quite noticeable. For shorter dated vanilla FX options, their results show that historically they are expensive. In other ways the P&L tends to be negative. By contrast for longer dated options, they have historically tended to be cheap, ie. the payoffs are positive, which I have to admit was a surprise, although there might be some good reasons for this which I discuss below. Typically, I would’ve expected options to be expensive across the board, after all, when selling an option, we might expect implied volatility to be above where realised volatility ends up during that period, essentially a risk premium for being prepared to take the risk of effectively selling insurance.

Why are the results like this? I have a few thoughts on this. If we think about shorter dated FX options, we see distinct patterns around data events, whether that is nonfarm payrolls, FOMC, ECB etc. People are prepared to pay more for options over these dates, because whilst they don’t know the outcome with certainly, we would expect extra volatility around these dates. You could also argue that there is an incentive to over-hedge these types of risk events: no one is ever going to get fired for buying a hedge for an event where we know the timing in advance, which could potentially adversely affect our portfolio. Research I’ve done suggests that over these repeatable events, implied volatility is very often higher than realised volatility. Why isn’t there more of a supply of sellers of volatility in the shorter tenors? Well, selling volatility isn’t without its problems, notably the potential to blowup our portfolio (especially if we insist on selling straddles nakedly, without any sort of delta hedging, which makes us more susceptible to being killed on large directional moves).

Why doesn’t it appear that this isn’t the case over much longer tenors, that in fact their results show FX volatility historically has been cheap? One hypothesis is that for longer term risks, there might be less inclination to hedge. Often over long term time horizons, we are hedging against risks we have no idea of (for example Black Swan events), and even for those events which are known, such as elections, it can often be a case of looking at them (and hence buying vol as a hedge) only when we are much closer to the event, take for example the behaviour of GBP/USD options into Brexit or USD/MXN options into the US election. Admittedly, newsflow would have influenced the price closer to the actual Brexit vote or the US election, but procrastination seems to be at least one part of this puzzle? Also, if we consider sellers of volatility, if are incentives are very short term, the temptation might be to sell longer dates for cheaper, and get the premium upfront (and try to forget about the ramifications later…). We might also be able to understand such behaviour in longer dated FX volatility, if we consider the supply of volatility in these tenors from FX structured products (this is probably where a FX vol trader might have a better idea than me though!!)

This is isn’t any argument to say that you should *always* be long or short FX volatility in certain tenors, however, it does help us to understand on average what is likely to be profitable in different tenors, when we are creating systematic trading strategies. Furthermore, it’s worth thinking not only about why there such biases in the market, but trying to understand the reasons behind them.

← Over 300 quant links from #QuantLinkADay
Burgers, human and machine learning in trading →