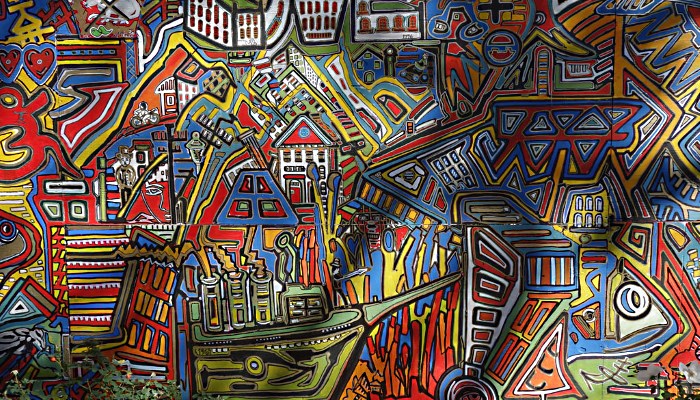 Quants spend a lot of time putting our long term views on what drive markets into trading models. It might takes weeks, it might take months, to build a trading strategy. Once deployed, the model takes market views. Quants then need to spend time to monitor to the model. Are the returns in line with our historical estimates? If not, why not, are there factors we aren’t taking into account? However, one thing a quant isn’t necessarily expected to do, is to have their own market views. A discretionary trader is expected to have his or her own market views, in order to take risk. However, a quant has already devolved that function to models they’ve developed. So what are the benefits of a quant having market views, if they aren’t necessarily going to trade on them?

I often try to form my own views on the market, because it gives me ideas for developing trading models. If you’re watching the market, which is of course a necessary part of forming a market view, you often notice certain patterns or behaviour, which I suspect, are somewhat more difficult if your interaction with the market is purely a matter of number crunching. For me, number crunching is clearly an important part of modelling markets. However, in order to form an initial hypothesis for a trading strategy, I often find watching the market, observing price action over time and seeing how the market digests news is important. Often interactions with other market participants is also an important part of finding ideas. I suspect most trading strategies I have developed over the years, had their initial spark in a conversation with a trader, seeing a tweet, seeing a presentation at a conference and so on. If as a quant, we ignore these types of external interactions with markets, and purely look at the data, it massively prunes the potential search space we have for ideas.

With these thoughts in mind, I’ve tried to put down a few thoughts about my market views for next year, and it’s something that I’ve done in the past few years as well, to help me frame my own quant trading. I’ve also tried to look at how these market views are likely to be used by quants. Admittedly, my views do not stray too far from consensus. With the Fed likely to continue hiking, and other central banks remaining comparatively dovish, notably ECB and BoJ, it seems likely that USD will continue to strengthen. This monetary policy divergence is likely to be beneficial for currency trading strategies which look at the relative changes in yields, which be seen as a proxy for the divergence of monetary policy expectations. GBP is likely to be heavily traded on the back of Brexit sentiment (yes, I know fairly obvious!). One thing I would say, is that GBP is still far from where it was pre-Brexit, suggesting it is pricing in a harder rather than a softer Brexit. Given positioning is already heavily short, the risks are of short squeezes in GBP. From a quant perspective, political news is very difficult to model. However, even simpler techniques like looking at news volume related to Brexit news, I suspect could be useful for helping to model GBP volatility (news volume tends to be heavily correlated with asset volatility, provided we are able to prune the news enough).

The Trump factor is of course still unknown, with the market erring on the bullish side, notably looking towards fiscal stimulus and the whole reflation theme and at least in the short term stocks seem to be making new highs. On the flipside, bond markets have suffered. It is worth noting that whilst UST 10Y yields have jumped to 2.5%, we are still some way off 3%, which formed the taper tantrum high in 2013, and from saying more broadly that the bond market rally over the past 30 years is over. The risks are that Trump’s policies around trade, turn from talk to hefty tariffs, could end up weighing on risk sentiment further along the line, taking the wind out of the equity market rally. From a quant viewpoint, attempting to decipher Trump’s tweets is likely to garner attention, indeed we have already seen several occasions where his tweets on Boeing and Lockheed Martin have moved those stocks.

2016 has been the year of political surprises, with the Brexit vote and Trump’s win. As a result, the market is likely to take a more thorough look at the French presidential election, and the potential for Marine Le Pen to win, indeed this is something we can observe in news volume related to Marine Le Pen, which spiked, after Brexit, Trump and aso the Italian referendum (see Figure 1). I’ve taken a quick look at this from a quant perspective with Iain Clark, more broadly.

One important difference between the French presidential election is that it has two rounds (first on April 23 and second on May 7), unlike either the Brexit referendum and the US presidential election, which in the past has made it more difficult for the NF candidate to win. At present, polls for the second round are against Le Pen, against a range of other candidates including Fillon and Macron. Regardless of this, I suspect that as we edge towards the event, markets will be cautious enough to buy up volatility, just in case, as a hedge, especially after the market’s experience of Trump and Brexit. Hence, I would expect the spread between vol contracts just before and just after the French presidential election to increase as we edge towards May. In particular, this can already be observed in the difference between 6 month and 4 month risk reversals in EUR/USD, which covers the window of the French presidential election. Admittedly, the French election is not likely the only driver of this spread, but this is nevertheless worth watching in the coming months.

What about for the quant world, what will likely change in 2017? The rush to alternative data is likely to continue. Despite all the media coverage of this area, alternative data, whether it is machine readable news, social media etc. are still not the standard part of the investment process, even if certain quant funds are heavily engaged in this space and increasingly macro funds are seeking to understand how alternative data can help there. Even for those funds that are actively looking at alternative data, there is a massive mountain to climb in terms of identifying which are the most useful datasets and which are more difficult to monetise. It is definitely an area that I’m engaged in, and hope to have some exciting new datasets available for clients in 2017! I think the key part of understanding alternative data (and indeed any dataset) is that it isn’t necessarily complexity in the analysis which is always king, again, it is about having a good hypothesis first.

All that is left to say, is have a very Merry Christmas and have a happy new year. As ever the new year, will prove to be a leap into the unknown. Somehow, after 2016, that leap into 2017 seems even more of an unknown. Most importantly, best of luck!