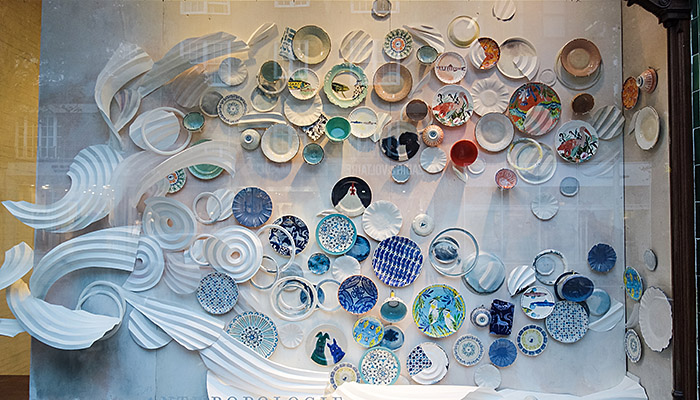 Life is complicated. It’s perhaps for that reason that philosophers have mused about the world for millennia. How do mathematicians deal with this complexity we encounter in the world? They seek to simplify it. By breaking down problems into their constituent parts, they become more tractable and solvable, and something that we might be able to model mathematically. This approach of divide and conquer is a cornerstone of computer science. Complexity can be transformed into simplicity.

Then there is the question of what precisely is a mathematical model? Essentially, we are trying to approximate some sort of behaviour in a way that it can be explained mathematically. Nature abounds in models, whether we are seeking to understand the motion of objects, the growth of populations, the trajectory of planets and so on. Models are never perfect. Earlier this year I attended a brilliant talk by Emanuel Derman (@EmanuelDerman) where he discussed the subject of finance and models, and musing on what he said, was one of the reasons why I wrote this article. In his talk, he explained a lot of the problems associated with models, and one particular sentence, which he said, stuck in my mind:

if you build models you are short vol, because when the world changes it breaks

The difficulty with financial markets is that there is not the same “truth” that we associate with nature. In financial markets, the world “changes” regularly and sometimes very abruptly. The markets, which I observe now, are somewhat different to those, when I started my career over a decade ago. At that time, it was common for developed markets to have interest rates in excess of 5%. These days, markets are operating in a world, where interest rates have been crushed to a lower bound. In essence, this means that just as the world changes, so do the ways we model financial markets. We cannot simply, create a model and think that it will indefinitely explain the behaviour of financial markets. The only solution, is to keep on working on new ideas and new models. There is no such thing as the “secret sauce”, merely persistent hard work in coming up with new ideas for understanding financial markets.

Thankfully, as the years have passed, the increasing amount of information available to market participants, gives quants new and exciting ways to model markets. Whilst, the information overload can stretch the limits of what humans can take in, machines can process masses of data. A decade ago, there was no Twitter. Today, often news breaks first on social media, notably the recent coup in Turkey. The concept of understanding how markets behaved by using machine readable news data was non-existent. Today, there are established vendors who sell machine readable news including RavenPack, Thomson Reuters and Bloomberg. Processing power was far more costly then. Today, we have cloud providers, offering cheap processing power instantly. Before, the notion of understanding economic sentiment from the use of information from mobile phone signals, would have been science fiction. Today, we can model precisely this, using datasets which we never had a decade ago. Indeed, that is one of the goals of Cuemacro, the company I recently founded to find unusual datasets and see how we can structure them into indices to understand macroeconomic sentiment.

Markets may change, rendering old models less valid, but this might well throw up new opportunities for quants in building new models to trade markets! Secret sauces are good in burgers, but less so in financial markets.