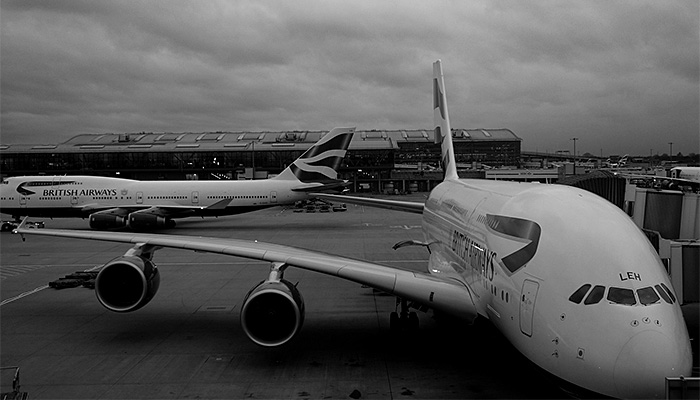 Whilst, I mainly focus on markets from a quant perspective, I find it instructive to follow the market, in particular when it comes to understanding big picture events and their impact. At present, perhaps one of the biggest themes in markets is that of Brexit. “What’s done cannot be undone”, Shakespeare wrote in Macbeth. Article 50 was finally triggered at the end of March, formally beginning the process of Britain leaving the European Union and seemingly what is done is now done, even if this is only just the beginning of the process.

The question from a market perspective is whether this will usher a hard Brexit espoused by Farage and friends, or a somewhat softer Brexit, with the softest being akin to the Norway model. One point to note is that there are many shades of Brexit in between, Article 50 shades of Brexit, so to speak. Reading through the media over the past few weeks, seems to suggest that a harder rather a softer Brexit is more likely. Indeed, there were even comments from Lord Howard suggesting Britain would go to war over Gibraltar (quite how one NATO member would go to war with another is somewhat insane, but anyway). It must of course be stressed that Lord Howard is not a member of the cabinet. There has also been the repeated insistence from the British government that “no deal” is better than bad deal. The EU has also published its blueprint for negotiations which as you might expect is skewed towards their starting the point.

As Wolfgang Muncheau pointed out in the FT, this notion of “no deal” has to be credible for the purposes of Britain’s negotiation. Of course, the negative soundbites have been tempered with more conciliatory noises, such as comments from May which suggest in the short term at least there would continue to be freedom of movement. Following on from Muncheau’s point, you could argue that the “no deal” scenario has to be made credible by the U.K., given that it is questionable that the EU would be “hurt” more than “no deal” than the UK. Yes, Germany exports cars to Britain, but we have one of the world’s largest financial centres in London, which has benefited in part by being part of the EU. Admittedly, the atmosphere of negotiations has been made unnecessarily toxic, given some of this rhetoric has been expressed, which seems likely to have been just as much for the internal consumption, as it is for the EU. Ultimately, whatever anyone might claim, it is in no one’s interest for there to be absolutely “no deal”, even if the extent to which both sides would be hurt would differ.

Both sides simply want enough to go home and claim some sort of victory. I also disagree with the notion that the EU will want to punish UK as an example to others. After all, since the Brexit vote, support for the EU has risen has gone up across other members of the EU, possibly spurred by the uncertainty Brexit has caused. It seems to serve little purpose to punish the UK. The years of uncertainty caused by Brexit is probably sufficient to deter others, whatever the eventual outcome. Britain has also in the past had a different relationship with the EU (notably not being part of the eurozone), which suggests some element of precedence. As we’ve seen many times before in Europe, it is not improbable that the scenario will be some last minute compromise and some sort of transition deal to avoid a cliff edge.

So what does this mean from a market perspective for GBP. Looking at where GBP/USD has been trading over recent months around the low 1.20s, far from where it was trading pre-Brexit, it seems that the market is braced for a harder Brexit. In the short term, the hard line rhetoric around negotiations and the uncertainty, is unlikely to be a positive for GBP, so it seems likely we could undershoot this level (and indeed we already have on several occasions). GBP has also failed to rally despite relatively good UK data (yes, I admit I like most the market, was not expecting the data to hold up quite as well).

However, if we look further in the future, closer to the end of negotiations and possibly a transition deal would likely be a positive for GBP. Also, purely from a risk/reward perspective, with a hard Brexit seemingly priced into GBP, it seems to offer poor risk/reward to be aggressively short on GBP on a long term perspective. Obviously there are many caveats to this scenario (notably, if Le Pen was elected in France, short term GBP could rally, but this seems unlikely given the nature of the two round system in the French presidential election).
The whole Brexit issue can be clouded by emotions on either side. The social aspect of Brexit is also huge, which in itself is worthy of reams of analysis (although not in this column!). However, when it comes to trading the market, it is emotionless, and needs to be treated as such. Whatever happens the relationship between Britain and the EU will always be important. After all, throughout history Britain’s history has been bound up with Europe’s, whether it is influence on the English language, culture and of course trade. As John Donne wrote “No man is an island”.

(No man is an island) by John Donne
No man is an island,
Entire of itself.
Each is a piece of the continent,
A part of the main.
If a clod be washed away by the sea,
Europe is the less.
As well as if a promontory were.
As well as if a manor of thine own
Or of thine friend’s were.
Each man’s death diminishes me,
For I am involved in mankind.
Therefore, send not to know
For whom the bell tolls,
It tolls for thee.